Poetry is so many things. It’s a source of self expression, an opportunity to say something wonderful and an exercise in precise word control. If you’ve never written a poem before, the very idea of writing one can seem quite scary. However, you’ll quickly realize that writing a poem is a terrific way to reveal your thoughts to everyone else. Writing a poem is a highly specific form of writing. Every single word has to count. When you write a poem, you’ll find that you’re free to do all sorts of things including use wild metaphors, experiment with word forms and get very personal. You’ll also realize that writing a poem can open doors and make easier to write a second poem and another poem after that one. When you tap into your inner creative person, you’ll find a whole new source of satisfaction.

One of the most amazing things about poems is that there are so many forms of poetry. From limericks to sonnets and haikus, poetic forms are varied and fascinating. It helps to think about your message when you want to write the poem. If you’re aiming for humor, limericks are a traditional way to convey it. If you like to stick to poems that require careful structure and attention to detail, a sonnet might be the form that suits you best. Many poetic forms do not use rhymes while others require them. It’s a good idea to look up some examples of the kind of poem you have in mind. Read them aloud and get a feel for how the writer conveys their thoughts. This will help you decide what works best for your own planned poem.

Most poems have a theme and an overall idea. Your should as well. Think about what inspires you the most. If you love nature, think about specific experiences and what you like about them. Perhaps you love being outside on a snowy day or walking through the changing leaves in early autumn. Now is the time to think about the details that will make your poem come alive. Think about word choices such as the kind of colors you saw and the way you felt as you saw the world around you. 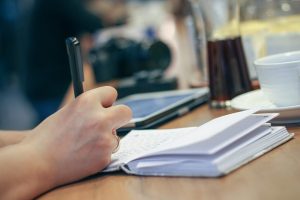 Once you’ve decided on a vision for your poem, you can begin to write it. Many writers sit down and let the words flow. It’s a good idea to review the rules of the type of poem you want to write. This way, you’ll write a real haiku and not one that just looks like a haiku but isn’t. It’s a good idea to set aside a specific time frame to write. A late afternoon day when you’ll feeling alert or early on a Sunday morning work for many people.

After the initial draft, it’s a good idea to think looking at it more closely. Read it out loud. Check for any grammatical errors as well as spots that may not quite rhyme or may be awkward. A second draft makes it easier to see where the polished poem will come from and how you’re going to get there. You might decide to rewrite the poem entirely or realize that you’re happy with the end result. 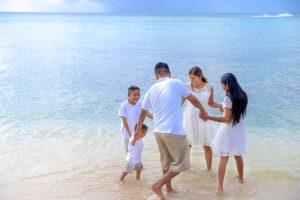